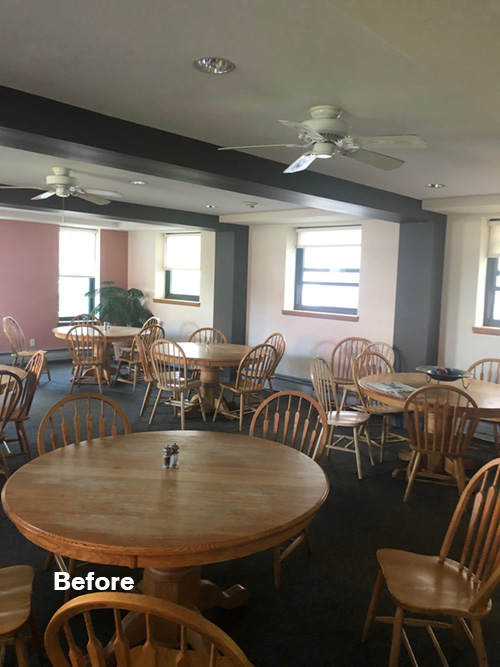 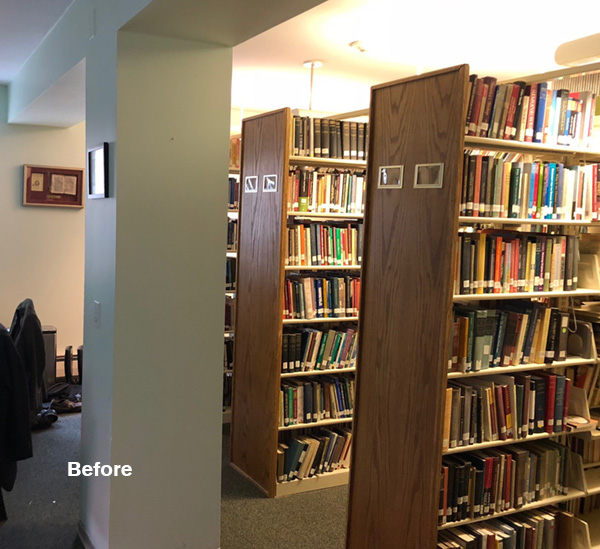 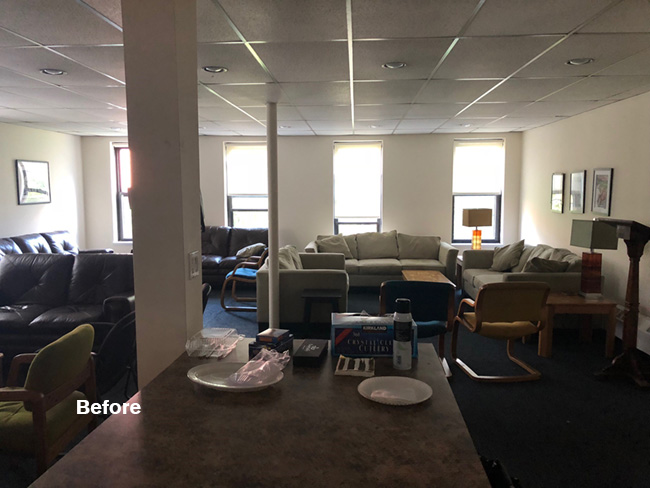 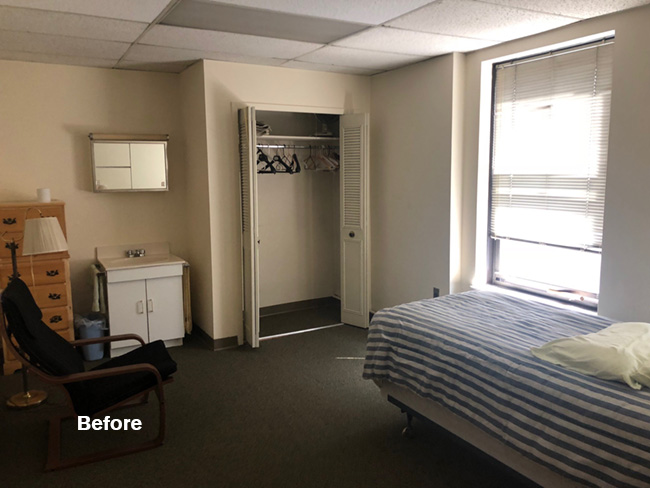 DBI Projects partnered with the Society of Jesus, a Catholic order of priests and brothers, to transform the Ciszek Hall Jesuit Residential College in the Bronx, modernizing the two adjoining former tenement buildings for the first time in more than 25 years. A living learning community for men studying to become priests, Ciszek Hall is now positioned to offer a year-round home to its residents and to deepen their connection to the communities they serve as part of the formation process. In addition to addressing necessary capital repairs, DBI Projects and nArchitects adapted the interior layout to increase occupancy, integrate more communal spaces, and improve accessibility from the street and throughout the building, cultivating a modernized, community-centric space that underscores the fundamental values of the Jesuits.

The Jesuits First Studies academic program at Fordham University was headed for a fundamental revisioning under the leadership of Fr. Jack Bentz S.J. of the Jesuit Conference of Canada and the USA when DBI Projects was engaged to conduct an intensive facility, feasibility, and concept study for the former tenement buildings that make up Ciszek Hall, both originally constructed in 1907. Our analysis culminated in several renovation scenarios that aimed to support the growth of the First Studies program, while also revealing the extent of the necessary capital repairs. To support year-round occupancy and long-term sustainability, repairs would need to include upgrades to the mechanical systems, as well as the replacement of the roof and installation of solar panels to meet and exceed sustainability goals, including those of New York City’s Local Laws 92 and 94.

Conscious of the fact that the Jesuits in formation will call Ciszek Hall their home for three years, much thought went into determining how each element would serve the residents from the large-scale (a dedicated space for virtual gatherings with Jesuit communities around the world) down to the smallest of details (plenty of shelving and storage to accommodate the belongings of a group that traditionally travels between locations carrying everything they own). As it is critical to the Jesuit’s mission to connect their men with the people they serve, Ciszek Hall was also opened to the street with increased glazing and a newly accessible entrance.

Achieving both the aesthetic goals and the extensive repair work within the confines of the budget required DBI to administer a synchronized design and value engineering effort that would set the project up for its successful delivery. Due to the age of the building, implementation was fraught with its own challenges in the form of unforeseen conditions and deferred maintenance issues that had to be addressed within the same budget and schedule. Additionally, construction coincided with the COVID-19 pandemic and the approval delays and supply chain disruptions that followed. Regardless, DBI’s hand at the helm guided the project through these periods of turbulence to an on schedule, on budget delivery.

DBI is proud to have been a part of this project since its conception and to now see it providing a modern home and a place of study, reflection, and worship for the residents and the surrounding community.